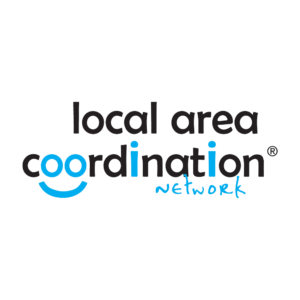 Changing paths in Derbyshire – the power of good life conversations

On a recent visit to Derbyshire I had the privilege of hearing Colin’s story.  His story is one about changing paths, both literally and metaphorically. The part of Colin’s story highlighted here shows the importance of exploring what someone’s vision for a good life is as a starting point for empowering change. It is a story that for me, within my first few weeks as the Director of the Local Area Coordination Network at Community Catalysts, I found both powerful and inspiring.

Colin was spending as much time as he could with his wife after she had to move in to a care home. They would regularly go out and about together in the local area. One day they were involved in an accident where her wheelchair struck an uneven path resulting in serious injury to her face. Colin’s wife needed surgery and was unconscious for several weeks as a result. Naturally this accident hit Colin hard. He quickly found himself on a path to illness as his mental health deteriorated as a result of the stress and trauma incurred. It was at this point that Paula, a Local Area Coordinator with Derbyshire County Council, was introduced to Colin via his granddaughter who heard about Local Area Coordination from the community pharmacist. Colin told his story to Paula who listened before explaining what Local Area Coordination was all about. Paula then asked Colin what would help him make his life better? Colin said that in the short term he would be reassured to know that a similar accident never happened again as a result of safety changes being made to the path.

Paula and Colin agreed to work together in bringing his vision to life. They explored together how this might happen in practice which included Paula being alongside Colin to phone the land owners and discussing the introduction of a hand rail and markings. Colin was very clear from the outset that this wasn’t about blaming others, it was purely about making sure it didn’t happen again. The land owners acted immediately by installing a handrail and painting luminous markings along the steps. Everything was in place within four weeks. On completion Colin asked Paula to walk alongside him when he visited the accident spot for the first time to see the improvements. Colin also wanted to thank the staff from a local shop, who helped him at the time of the accident. After the visit Colin felt more confident to drive past the spot meaning he could use a much quicker route to see his wife whilst she remained in hospital for several more weeks.

There is a lot more to Colin’s story that I haven’t shared here (which incidentally is indicative of the considerable costs saved to health and social care as a result of Local Area Coordination Derbyshire), as I wanted to focus here on the power of good life conversations. The conversation between Colin and Paula identified something very practical that needed to change in the short term as his starting point for achieving a better life. Good life conversations like this are often the start of journeys with outcomes along the way that may well be completely different to the ones that we might expect or anticipate. The conversations are therefore important ones to have, but opportunities to have them are so easily missed. This is especially true if we are focussed on what is wrong with someone rather than what is strong within them and those around them. The very understandable human tendency to try and fix what we perceive as someone’s problem, which 99% of the time is out of well-meaning intention, can often mean we miss an opportunity to understand and see the bigger picture of someone’s vision for a good life. Not exploring someone’s vision means we run the risk of developing relationships that focus on limitations rather than strengths and most importantly opportunities for people to flourish and achieve good lives.

RT @AnnaSeverwright: If you couldn't make the #MoreThanAProvider event today in Manchester there will be one in London in the autumn! I rea…