Home > Stories > Opinion: A larger us

Opinion: A larger us 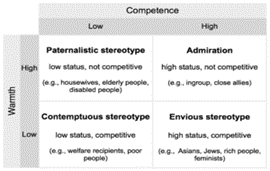 Want to have a chat to find out more ...

Opinion: We are so much more

Anna Severwright, Coproduction Group Member and Convenor of Social Care Future, reflects on our ‘Valuable AND Vulnerable’ project and the […]

Opinion: I am valuable even though I’m vulnerable

Althia Barnett, Coproduction Group Member, reflects on our ‘Valuable AND Vulnerable’ project and questions the language of  ‘vulnerability’. When it comes to […]

Opinion: We are all valuable and vulnerable in our own ways

Vicci Livingstone-Thompson, Coproduction Group Member and CEO of Inclusion Gloucestershire, reflects on our ‘Valuable AND Vulnerable’ project and explores the […]

Opinion: We all have our strengths and weaknesses

David Derbyshire, Coproduction Group Member and Personal Development Coach at Asperger’s Heroes CIC reflects on our ‘Valuable AND Vulnerable’ project and how […]

Opinion: The power of language

Sian Lockwood, Coproduction Group Member and CEO of Community Catalysts, reflects on our ‘Valuable AND Vulnerable’ project, her own story and […]